Gone forever are the Passenger Pigeons, darkening the skies with their sheer numbers. The great bison herds that once roamed the plains of the American West have disappeared. The once staggering numbers of wildebeest of the Serengeti are but a shadow of their former self. Even the colossal herds of arctic caribou are slowly disappearing. Of all the great wildlife migrations and gatherings, only the crane migration along Nebraska’s Platte River Valley remains. It is truly Nature’s Last Great Spectacle, for it is here, where 80-percent of the world’s population of Sandhill Cranes migrate through each spring. 500,000 cranes! Their numbers are staggering.

This limited edition photograph was made during this migration. Unfortunately, scenes like this are already being threatened and unless we act, they, too, will vanish. 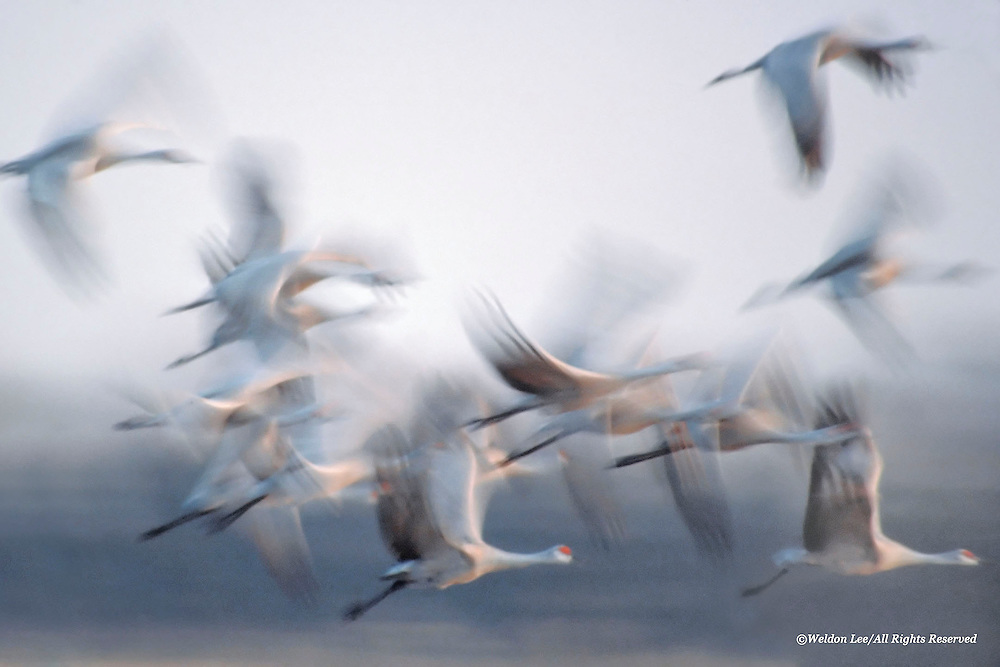